Certain areas have seen prices climbing by over 44 per cent

Ultra-prime homes in Dubai have been in extremely high demand because a large number of high net worth individuals have flocked to the Emirates due to the successful handling of the pandemic by the government.

Of late, high-end areas such as Palm Jumeirah, Emirates Hills, Jumeirah Bay Island, and Downtown have seen prices climbing by over 44 per cent.

Following a consistent rise over the last few quarters, luxury property prices took a breather in the first quarter of 2022, shrinking by around six per cent.

But real estate consultants expect prime property prices will increase around 10 per cent this year, given the depth of demand for uber-luxury homes and the sheer lack of properties for sale at the top end of the market.

Below is the list of the 10 most expensive villas sold in Dubai, courtesy of Luxhabitat Sotheby’s, Property Monitor and Knight Frank.

A luxury villa was bought for Dh280 million this month, becoming the most expensive villa ever sold in the Emirates. Custom-built contemporary white villa on the Palm Jumeirah features an enormous 33,000 sqft of living space, seven-star spa hotel facilities, more than 70 meters of private beachfront, imported and handpicked book-matched Italian marble, all furnished by uber-lux Italian furniture houses Giorgetti and Minotti. 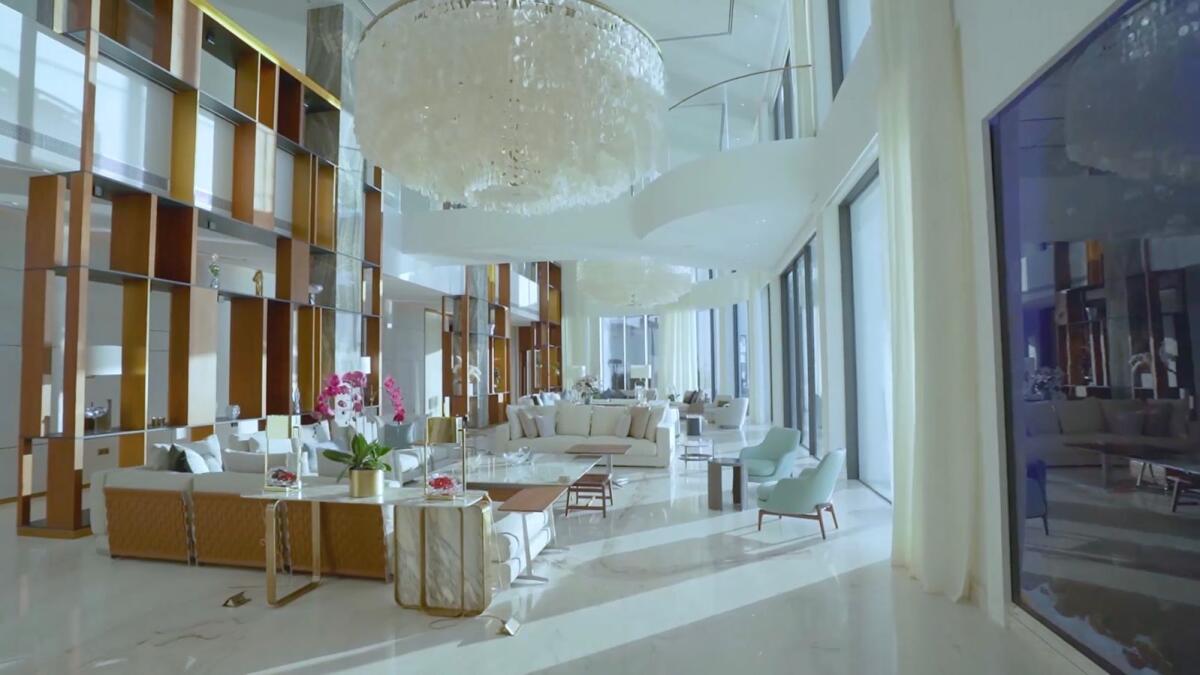 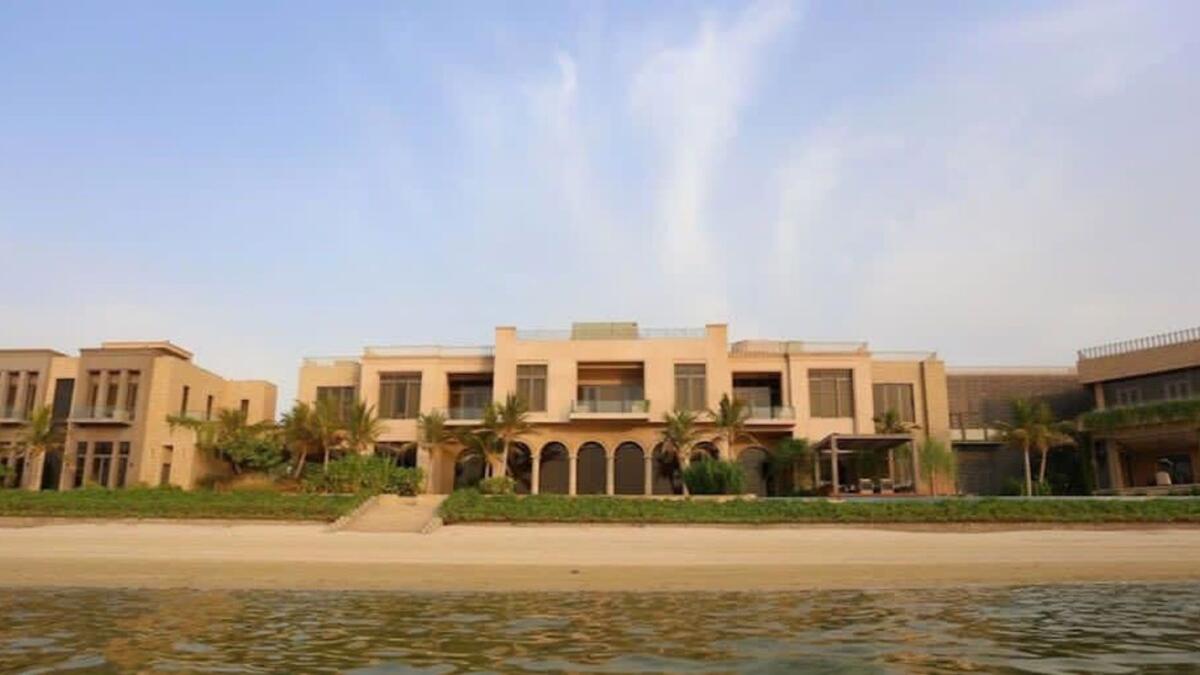 A mansion on Jumeirah Bay Island was sold for Dh121 million in 2021. It was reportedly the most expensive property sold in the Emirates last year. Industry executives attribute the record-breaking sale of the luxury villa in part due to its super-prime location that enabled the buyer to have views of the Emirate’s skyline, especially the Burj Khalifa, and from the majority of the property. 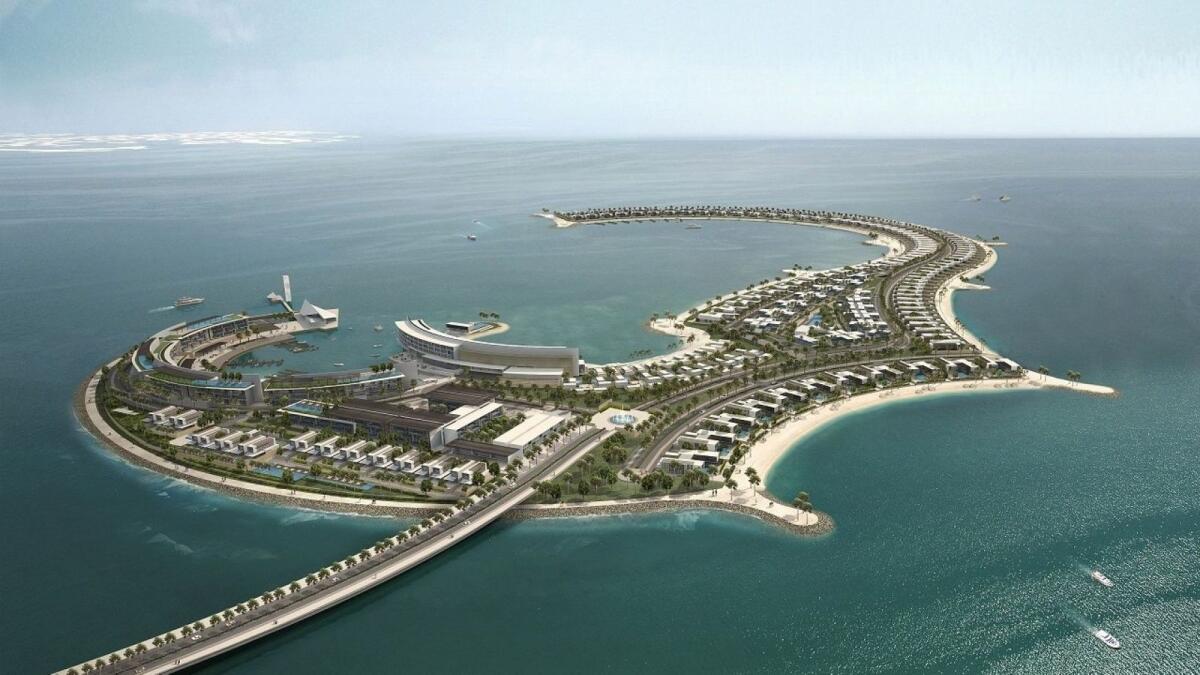 In June last year, an ultra-luxury mansion in the XXII Carat project on the Palm Jumeirah was sold for Dh119.5 million. Located on the Crescent of the Palm island, the mansion has been built on a 22,000 square meters plot and it comes with a private beach, swimming pool and landscaped garden. The mansion has seven en-suite bedrooms and is also equipped with an open kitchen, a bar and a steam room among others. 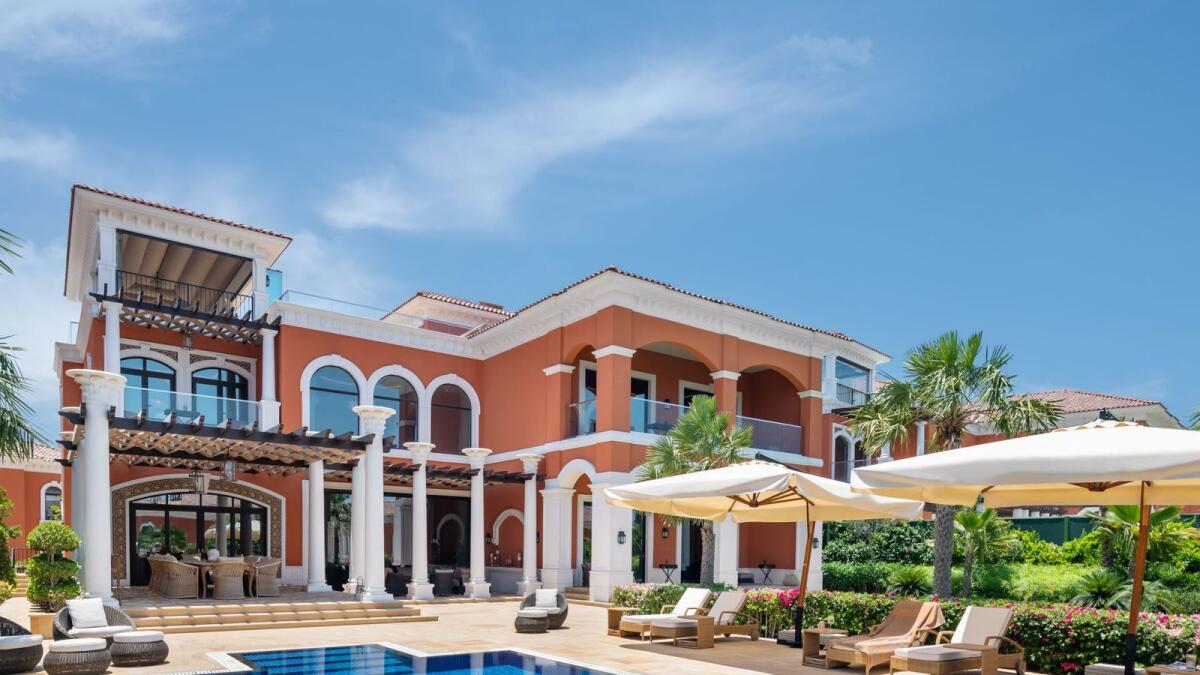 One100Palm – a new custom modern contemporary villa located on the Frond N of The Palm Jumeirah – was bought by a Swiss family from Monaco for Dh111.25 million in March 2021. The villa is spanned over three floors and has a built-up area of 14,000 sqft. It hosts five spacious VIP bedroom suites, with the master extended to 1,300 sqft of space. 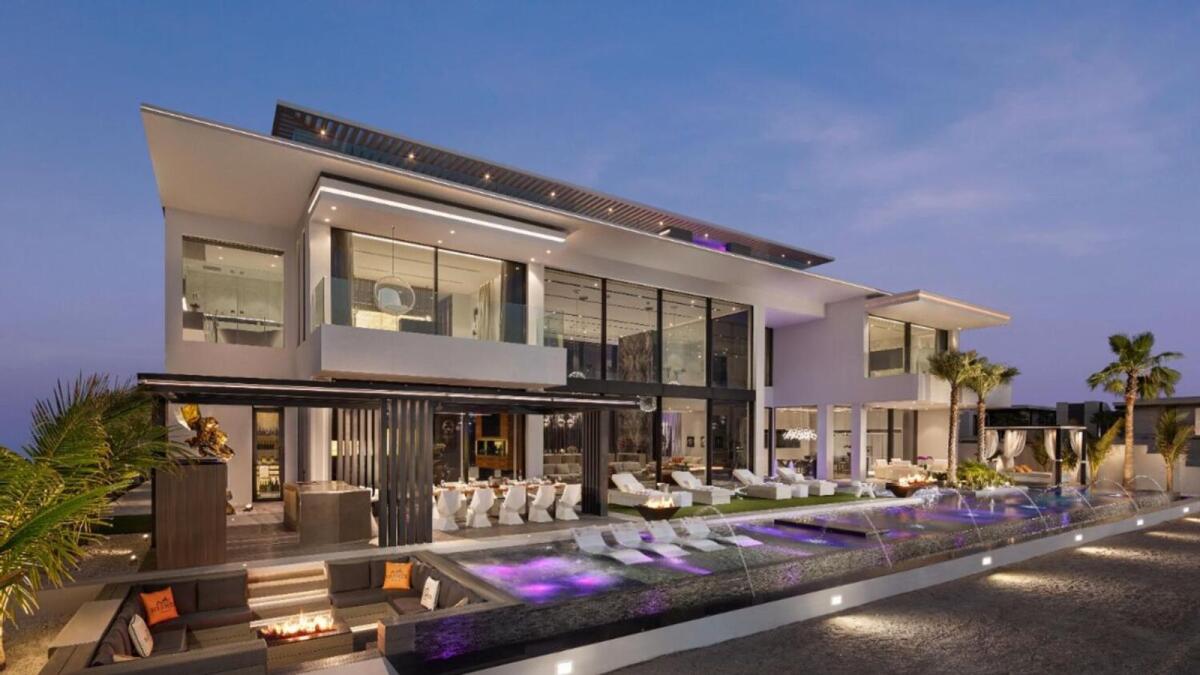 Another ultra-luxury villa in the XXII Carat project on the Palm Jumeirah was sold for Dh105 million in the first quarter of last year. The 12,167 sqft villa featured a private beach, private pool and landscaped garden. 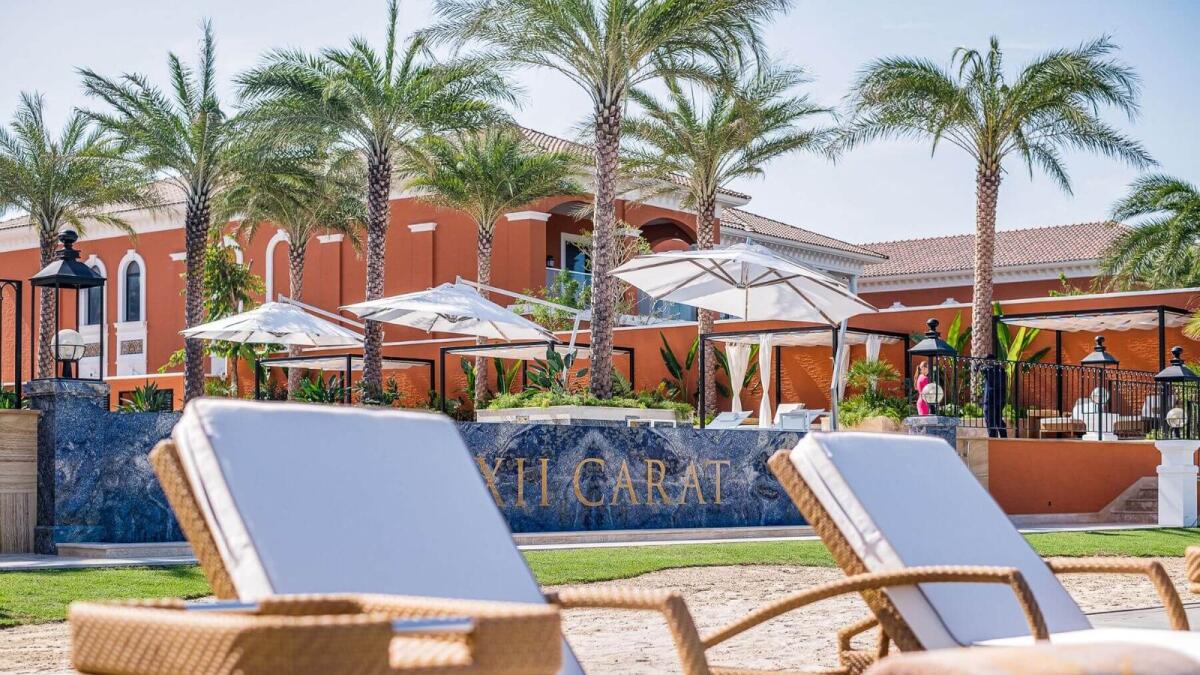 A Dubai Hills Grove mansion with a built-up area of ​​31,296 sqft also made it to the top 10 costliest properties. The villa, located in the fast-growing Dubai Hills, was sold for Dh103 million. 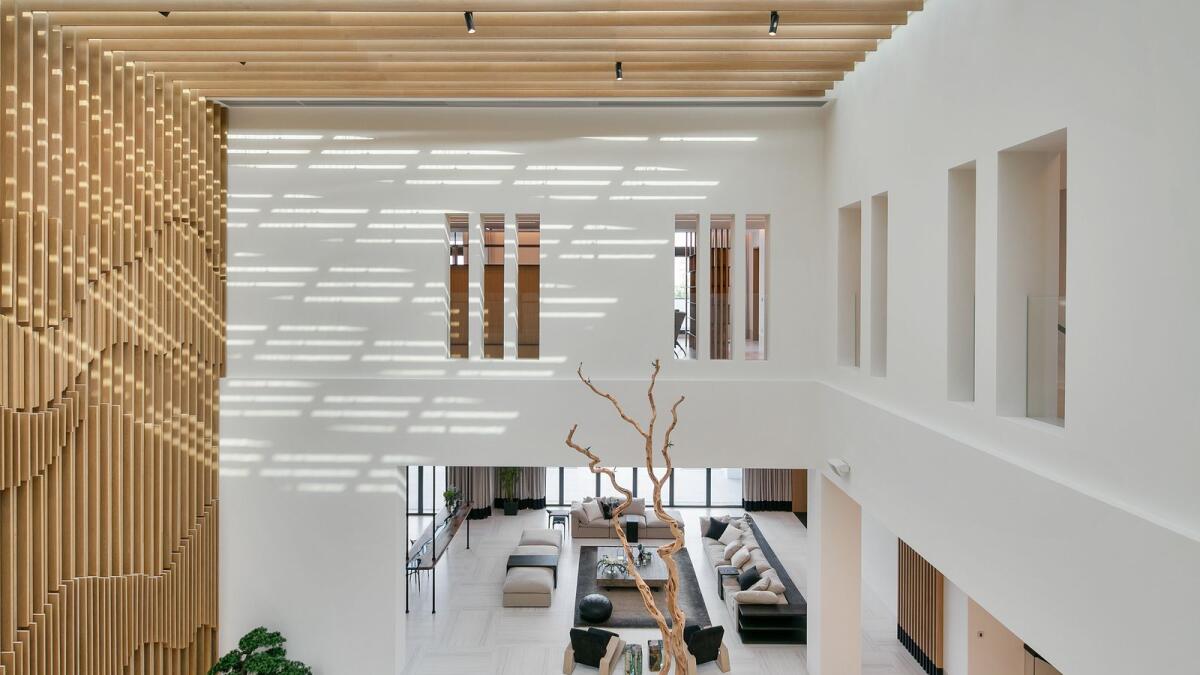 A huge penthouse apartment on One Palm was sold for a whopping Dh102 million. It’s equipped with five en-suite bathrooms and several living areas and balconies with an uninterrupted view of Dubai Marina’s skyline and the Arabian Gulf. 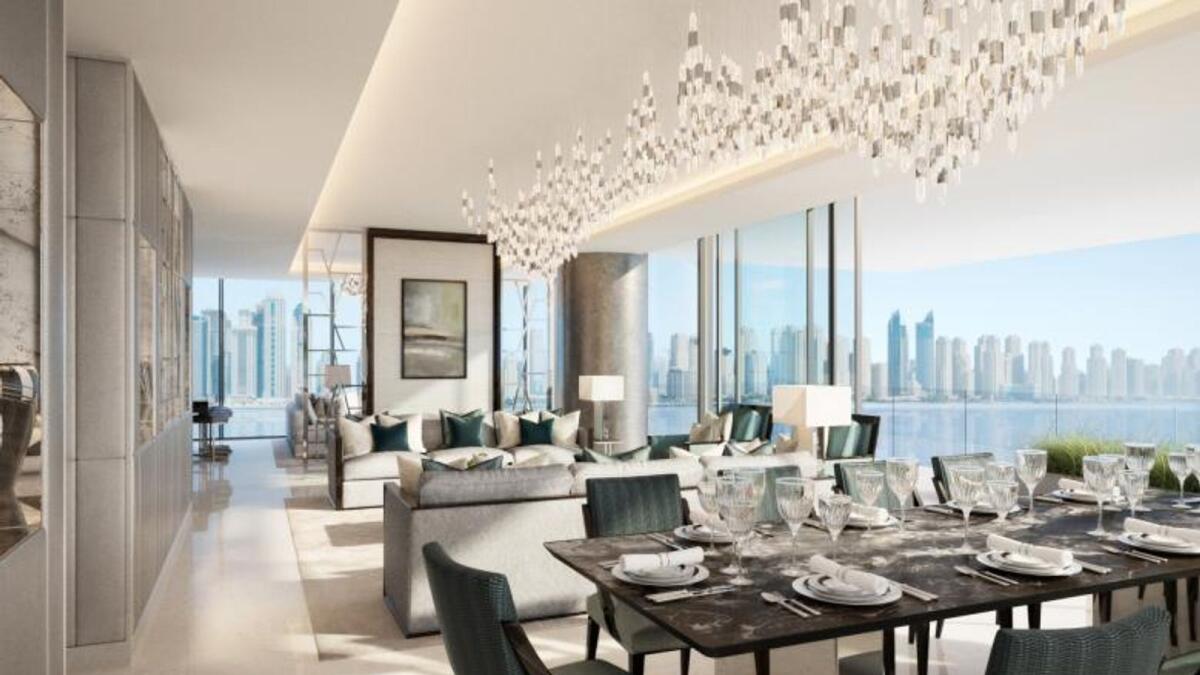 Gulf Sotheby’s International Realty and its partner Bellevue sold a villa for Dh100 million at an Emirates Hills villa in 2017. The mansion spans 42,000 square feet and houses eight en-suite bedrooms along with entertainment areas. 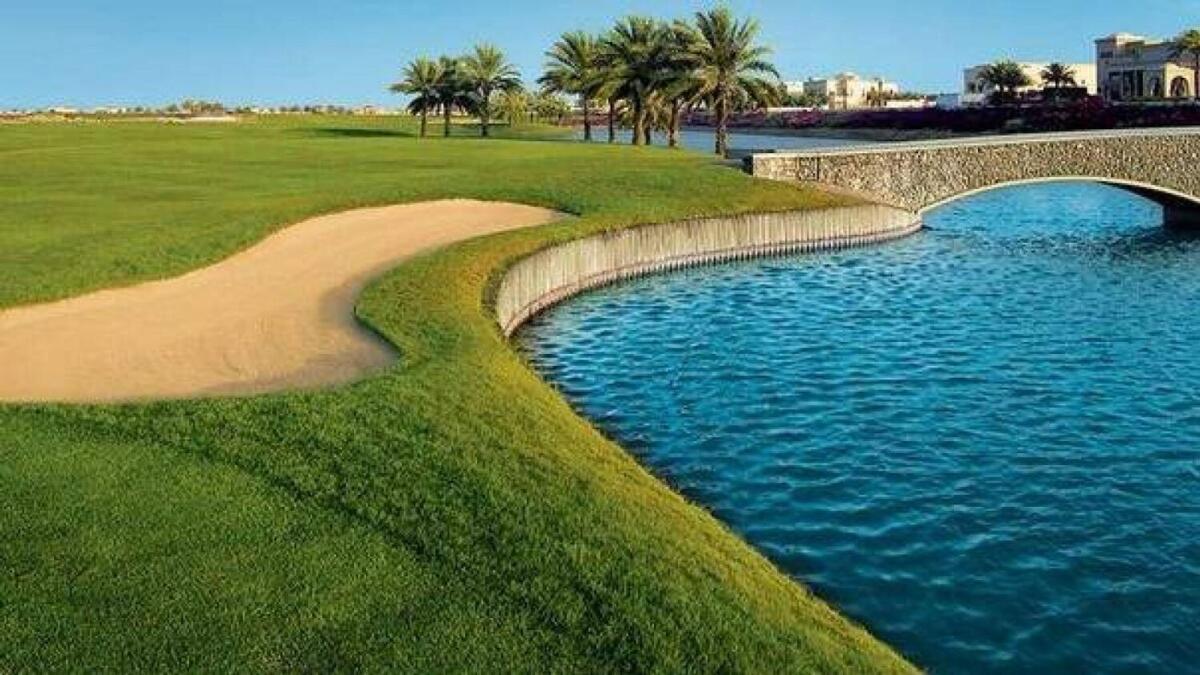 A new penthouse on the Palm Jumeirah was sold for an astounding Dh95 million by Innovate Living. The project canvas includes high-end Italian brands, exceptional light arrangements, seaside views, and a distinct combination of fine marbles. 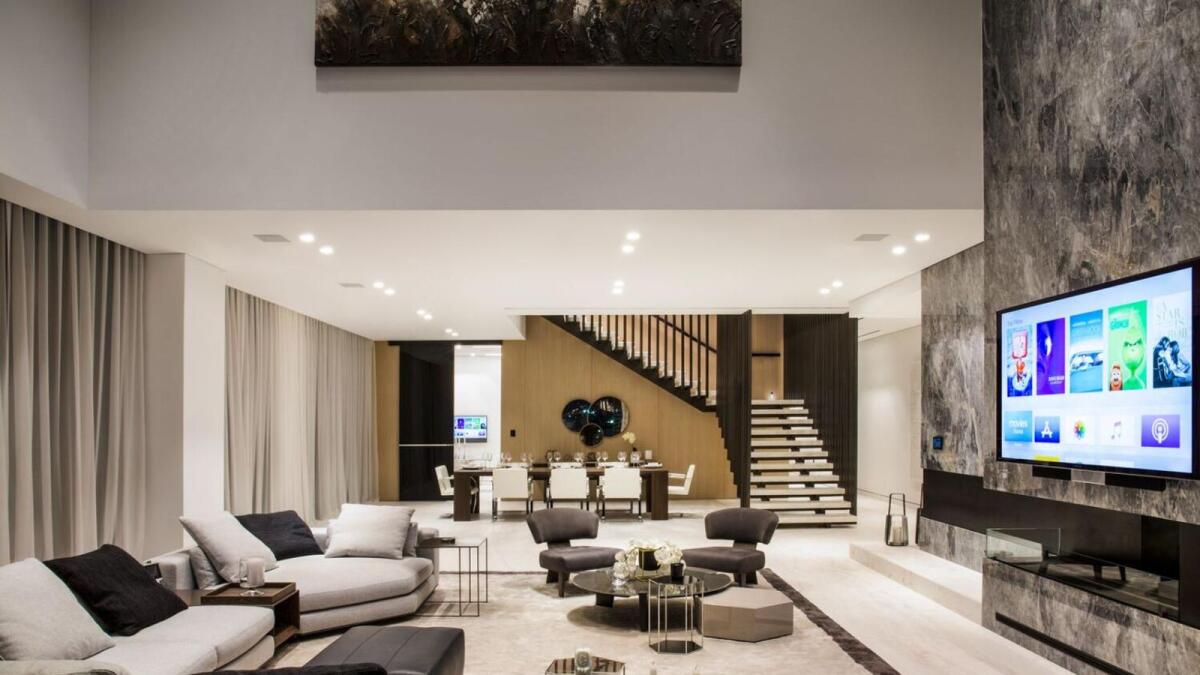